Why Has Soil Disposal Become Complicated 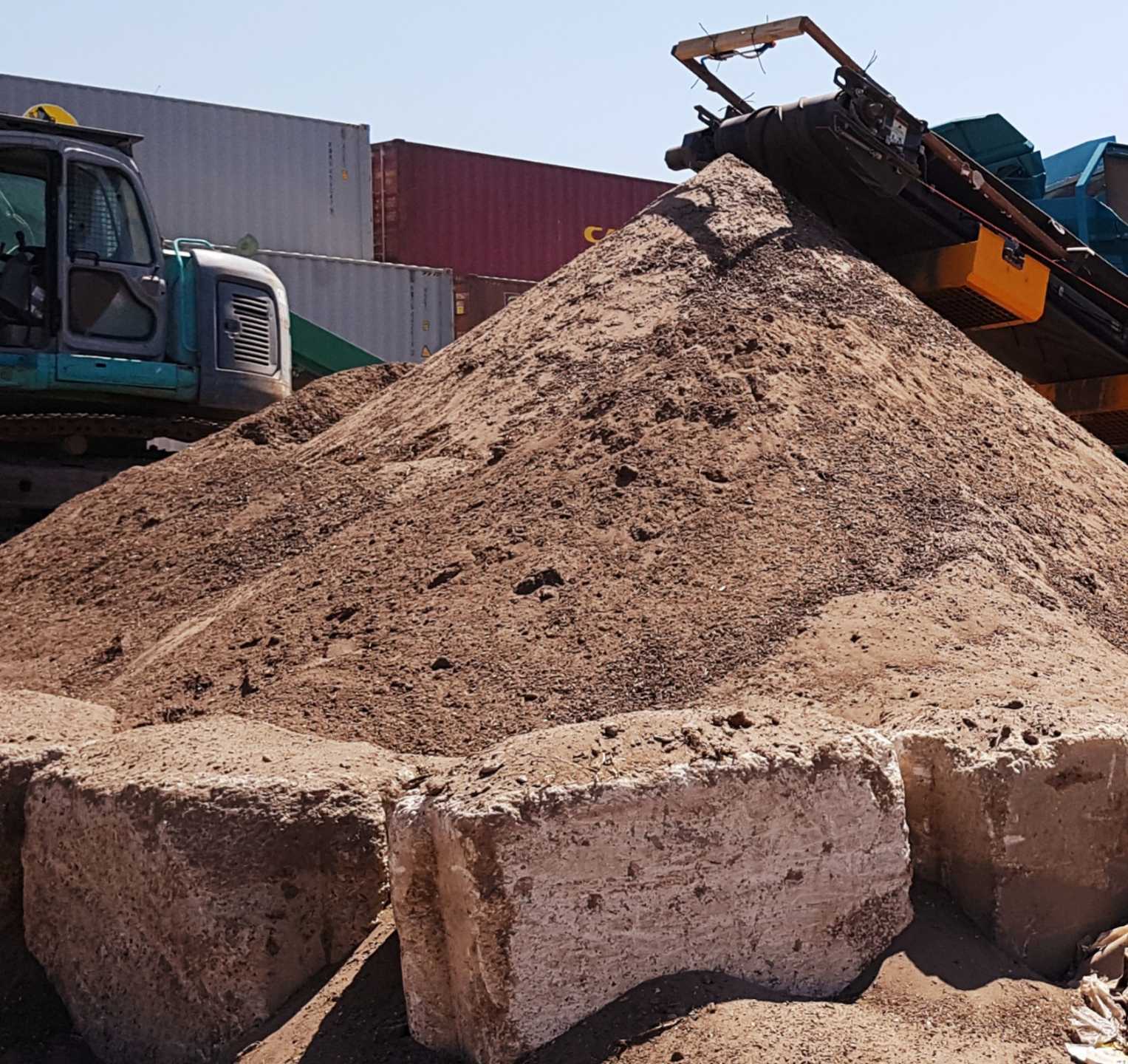 This soil needed to be distributed and so the EPA gave permission to particular landfills to restructure their facilities so that they could accept this soil. However, the residents around those landfills put in petitions against this legislation and the councils took legal action against the Andrews Government to stop particular landfills accepting contaminated soil.

Understandably, residents who live nearby do not want to deal with carcinogenic substances or any side affects that might be created by living next to a waste facility that holds contaminated soil. Therefore, the EPA had no choice but to revoke its decision to allow particular landfills to accept contaminated soil. As a result, the soil is still sitting there and the West Gate Tunnel project is on hold up until the issue is resolved.

As a consequence of this activity, EPA started to inspect every waste transfer station (such as ours) and any landfill that accepts soil. This has resulted in the rules around soil disposal to become more stringent and there are more rules and regulations than ever before. The cost of disposal is through the roof and the process in which we dispose of soil has changed. We now need to identify whether the soil is contaminated or not and then clean the soil to turn it back into its purest form (which is called clean soil) before we dispose of it.

Previously we were able to offer a heavily discounted bin on clean soil only, however, since the regulations have changed so drastically, a soil bin is now nearly as expensive as a mixed heavy bin.

How to Dispose of Soil from a Building Site 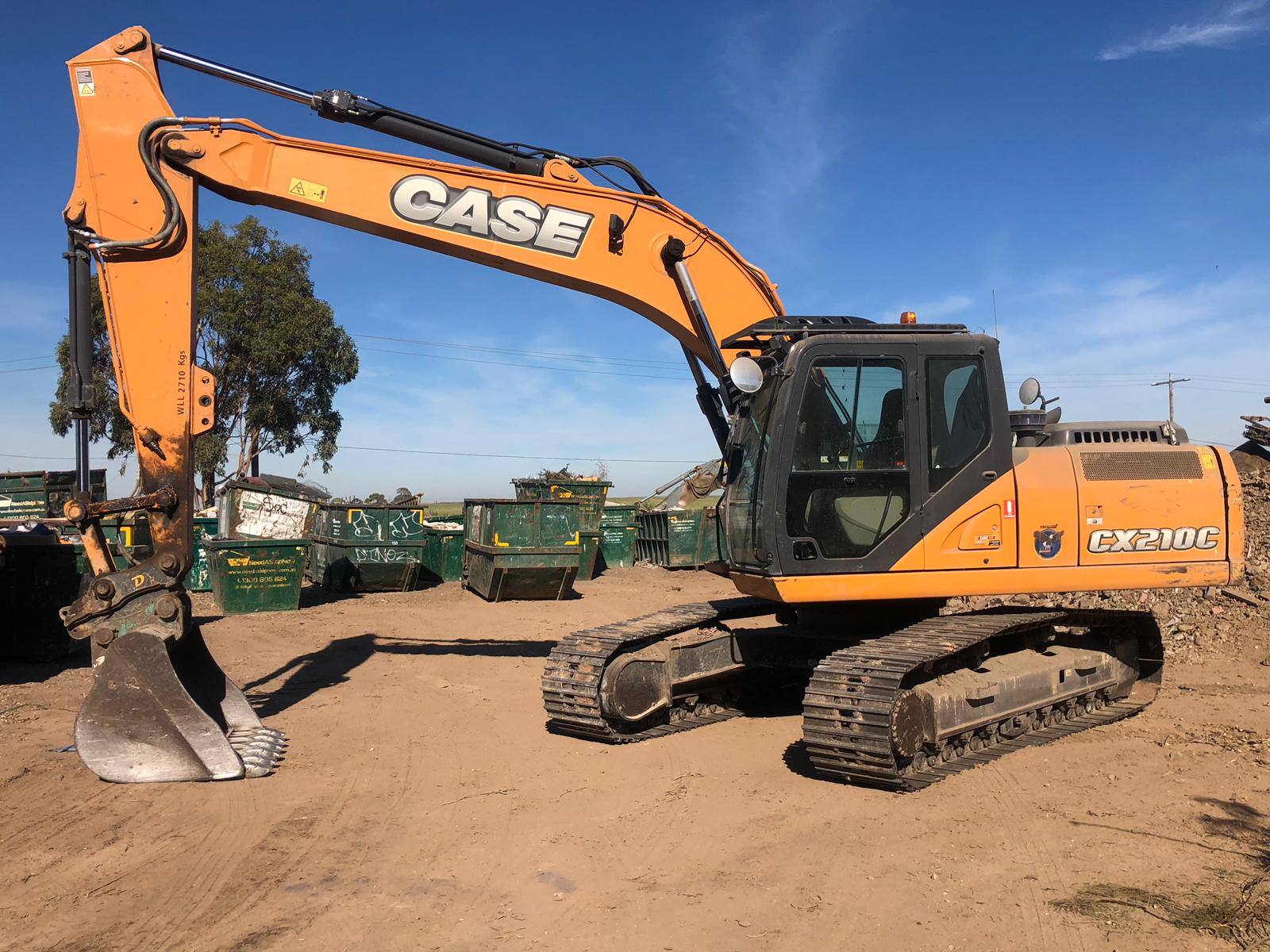 If you are disposing of soil from a building site you first need to determine whether the soil is clean or not. If you are doing major excavation then you will most likely need semi trailers and trucks to remove the soil. Otherwise it may become a very tedious process for you to remove the soil bin by bin. At this stage, some providers might ask you for a soil report or look for any soil contamination in the soil such as discoloration or an offensive odour.

Should there be no opportunity to hire a semi trailer and you are working at a slightly slower place, then we would be able to provide you with hook bins. Hook bins are more suitable for disposing of large amounts of soil and the largest suitable hook bin for disposing of soil is a 10m3 hook bin. Anything larger than that would be too heavy and could break our truck. The shape of a hook bin is long and rectangular and allows for waste to easily be tipped inside the bin using machinery such as bobcats, tippers or excavators.

Once you have determined that the soil is not contaminated by conducting a soil report or visual inspection then we can safely collect and dispose of your waste.

A visual inspection would involve finding dark or discoloured patches of soil as this will show contamination. In terms of smell - stale and chemical like odours are all indicators of contaminated soil. Another consideration is where the site is located. Soil from old chemical sites will most likely be contaminated.

If you have a large quantity of soil to dispose of then the largest bin that we could provide is a 10m3. On the other hand, if you are a landscaper or residential customer and only have a small amount of soil to dispose of than we are able to provide you with a smaller skip bin. We have a variety of sizes of bins that are suitable for soil, starting from a small 2m3 skip bin all the way through to a 10 cubic metre bin. Our 2 cubic metre bin is the only bin which does not come with a walk in door and it may cause some difficulty when filling the bin as you cannot wheelbarrow the waste inside the bin. Therefore, we recommend starting of with a 3 cubic metre bin as it has a walk in door which turns into a ramp and you can easily wheelbarrow all your waste inside the bin.

How to Dispose of Soil from your Home 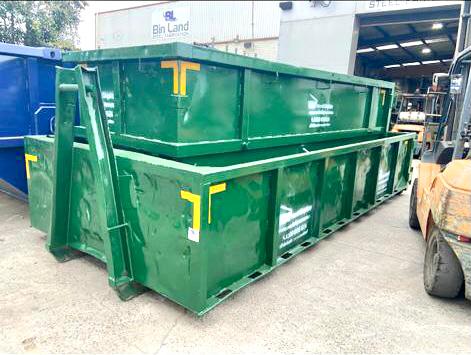 Whether you have a plumbing job, a new fence being installed in your garden or a new landscape creation transforming in your backyard, there may be a need to hire a variety of bins, as soil can only be mixed with concrete and/or bricks. The most popular residential bins to dispose of soil have been our 3 and 4 cubic metre bins.

What Materials Cannot be Mixed with Soil

Projects such as demolition jobs can also often result in finding contaminated soil. That could happen in a variety of different instances. If you live in an old house and have not been careful about calling in an asbestos expert, we highly recommend that you call an asbestos specialist prior to demolition. During demolition if asbestos is mixed with soil then this soil is classified as contaminated. It is only once the asbestos has been removed that you can safely continue with your demolition project.

Other materials apart from asbestos that could contanimate soil include liquids, paints and chemicals. In addition, soil cannot be mixed with clay, general waste, furniture, plaster, plastic, chemicals, insulation and cement sheets.

What can Soil Be Mixed With

Soil can only be mixed with the following materials: rubble, concrete and bricks. These materials will not contaminate the soil and hence are allowed to be mixed with soil. Furthermore, we take your bin to our own recycling waste facility where the soil goes through a vigorous cleaning process which seperates other materials from the soil.

If you have any further questions about soil disposal, you can contact our customer service team on 1300 605 624. We also have a page on our website dedicated solely to different waste types which acts as a guide on what you can and cannot put in our bins.